How to Increase Paddling Power 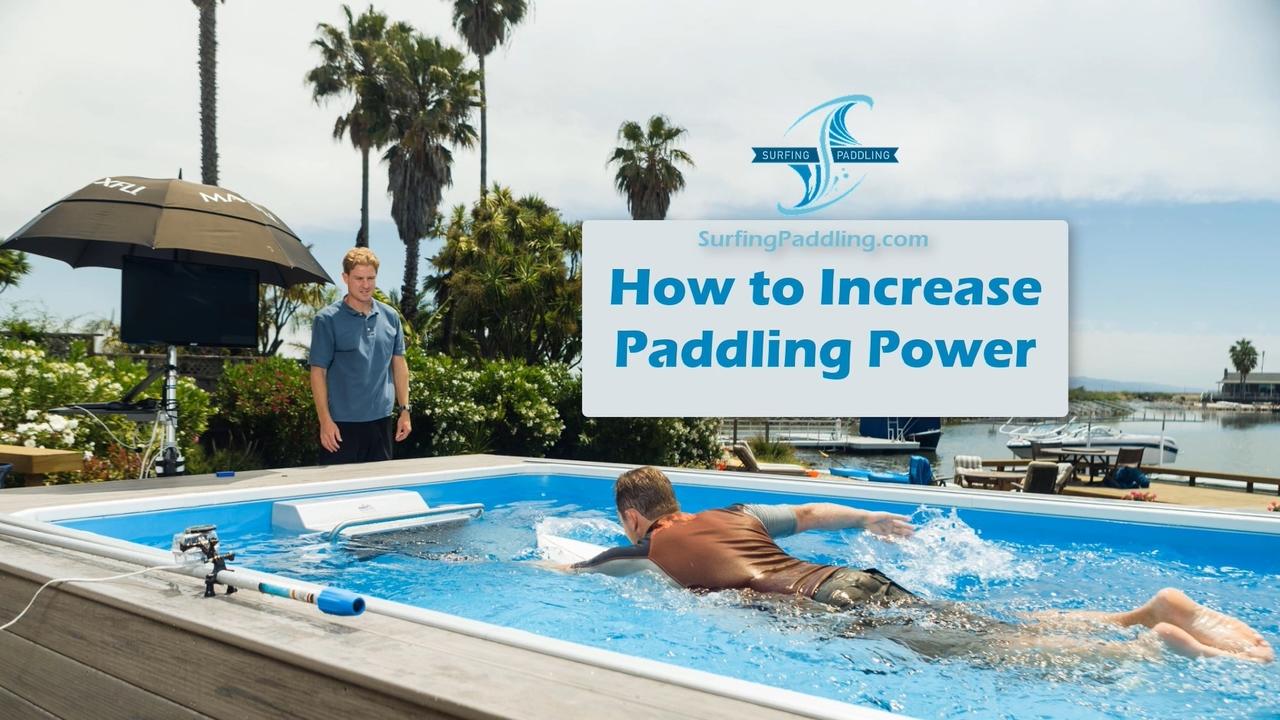 In the Level 1 and Level 2 Paddling Technique courses I often reference “feeling water” or “holding water”.  Being able to better “feel” or “hold” water allows you to increase your Power output per stroke and therefore increase your distance per stroke efficiently.

I use the terms “feel” and “hold” because they are good kinesthetic cues.  But they’re rather abstract descriptions for principles that are very scientific in reality.

So in this video, I outlined some of the science behind “feeling water” and how you can improve that sensation which will in turn improve your power output per stroke:

“Feeling” and “holding” water is a combination of two things: drag forces and lift forces.  Drag forces in this case is a good thing as opposed to the drag that slows us down.  The same drag forces that slow us down allow us something you can push against and propel us forward.  And those drag forces are simply a sensation of higher pressure on the ventral side of the hand and arm (which is the palm side of the hand and arm as it moves through the water).  As the hand and arm move through the water, there is a collision of water particles with the ventral side of the arm (the palm side) and therefore force is directed into the hand.  That’s the pressure you “feel” and what is associated with propulsion from drag forces.

On the opposite side of the arm (called the dorsal side or the back of the hand side) there is low pressure.

The difference between the two pressures creates the resultant force on the ventral side of the hand and arm, which is another way of creating that “anchor” that you grab onto to move your body past your hand that I reference.

There are also Lift forces at work combining with the drag forces.  The Bernoulli effect states that pressure, kinetic energy and potential energy all co-exist together.  As one increases, one (or two) of the other has to decrease to balance the three out.

So when a surfer paddles with excellent technique, they are not only “feeling” the drag forces and using them, but they are also feeling the lift forces acting to propel themselves forward.

One more thing to really consider though.  As I’ve stated in the courses I teach and videos I create, when you “slip” or overpower the water as many surfers do, you lose any pressure differential you’ve created and therefore lose the potential for more power and the resulting speed.

Since water is not solid, it moves when we apply a force against it.  Therefore, some of the energy we use is used to produce movement in the water rather than to propel us forward.  The trick is to increase the amount of reaction power for a given action power (remember, action-reaction).  This is what I refer to propulsion paddling effectiveness.  In good paddlers, propulsion paddling effectiveness is about 80%; that is, 80% of the power or energy goes into moving the surfer and 20% to moving the water.  When a surfer’s stroke slips, they are essentially moving a higher percentage of water rather than themselves.  There are several ways we can manipulate a surfer’s paddling stroke to improve propulsive paddling effectiveness.

Sculling drills are used to enhance our kinesthetic ability to recognize pressure differences on our arms and hands that create those drag and lift forces, and in the Level 1 course I have many sculling drills you can try.

But in the meantime, I wanted to share one drill that I call the Around the World Sculling Drill [see video].

This knowledge, combined with applying the specific drills and focused practice, will increase your power output per stroke while at the same time increase your paddling effectiveness.