Plan B - A Surf Story 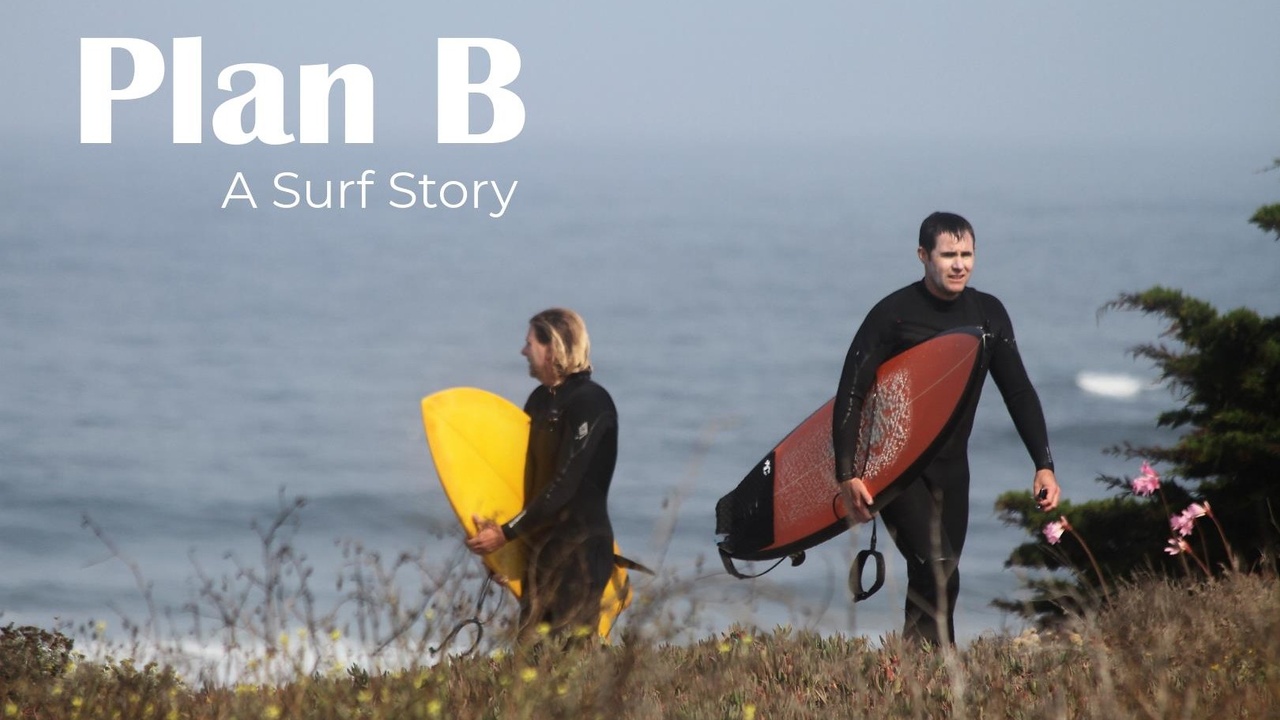 Sometimes, the best plan is a backup plan.

As surfers we learn to be adaptable. Tide changes, we adapt. Peak shifts, we notice. The goal is always the same - find that wave riding feeling. 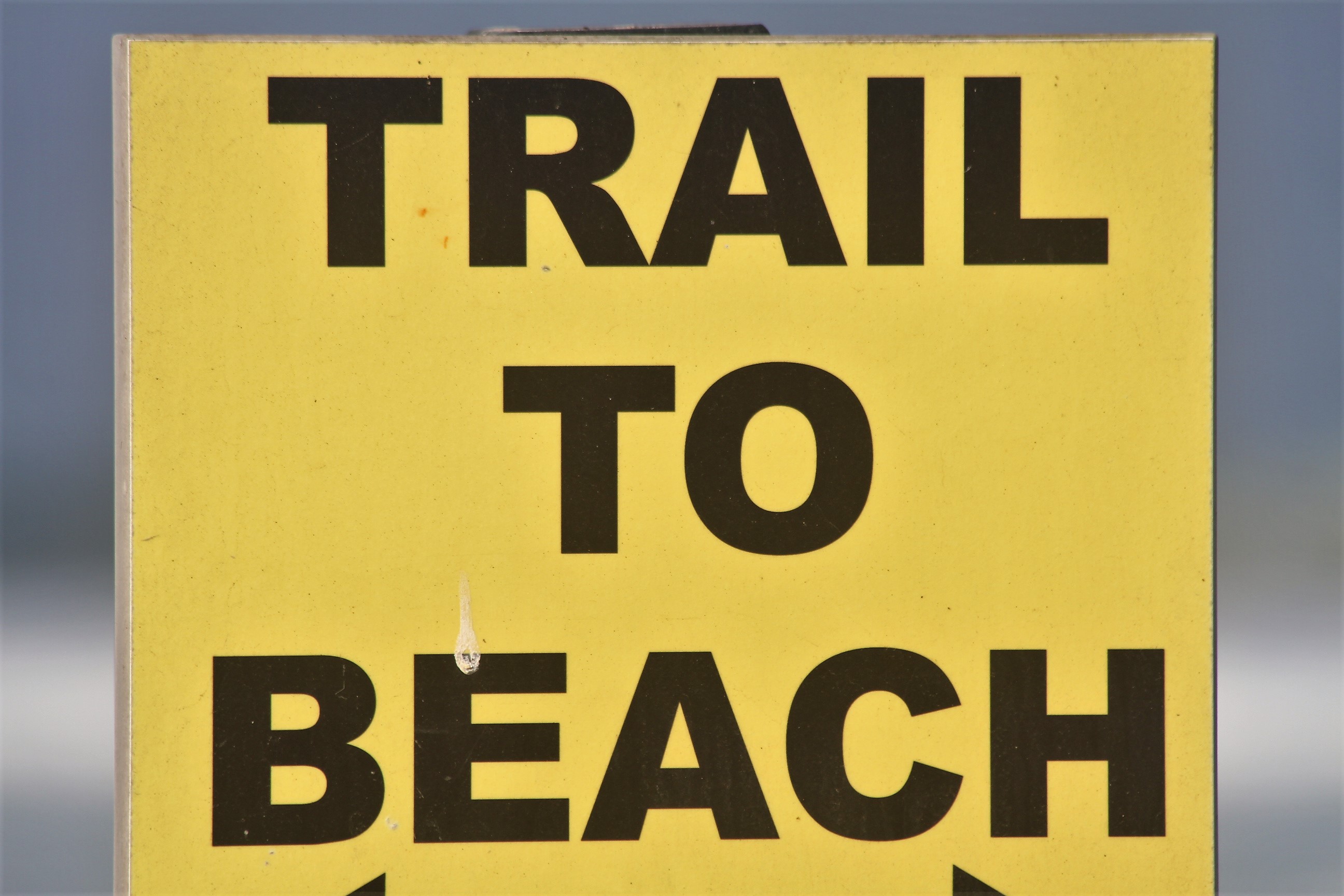 This past month a few friends and I had planned a trip and those plans went to hell in a handbasket. So, we had to pivot, and it turned out to be one hell of a ride.

Mike, Andy, Kevin, Travis and myself had planned out a three day boat surfing trip at a location renowned for good water all day. The campsite was booked, the boat prepped, itinerary set. But then the Caldor fire in the Tahoe National Forest smoked us out. 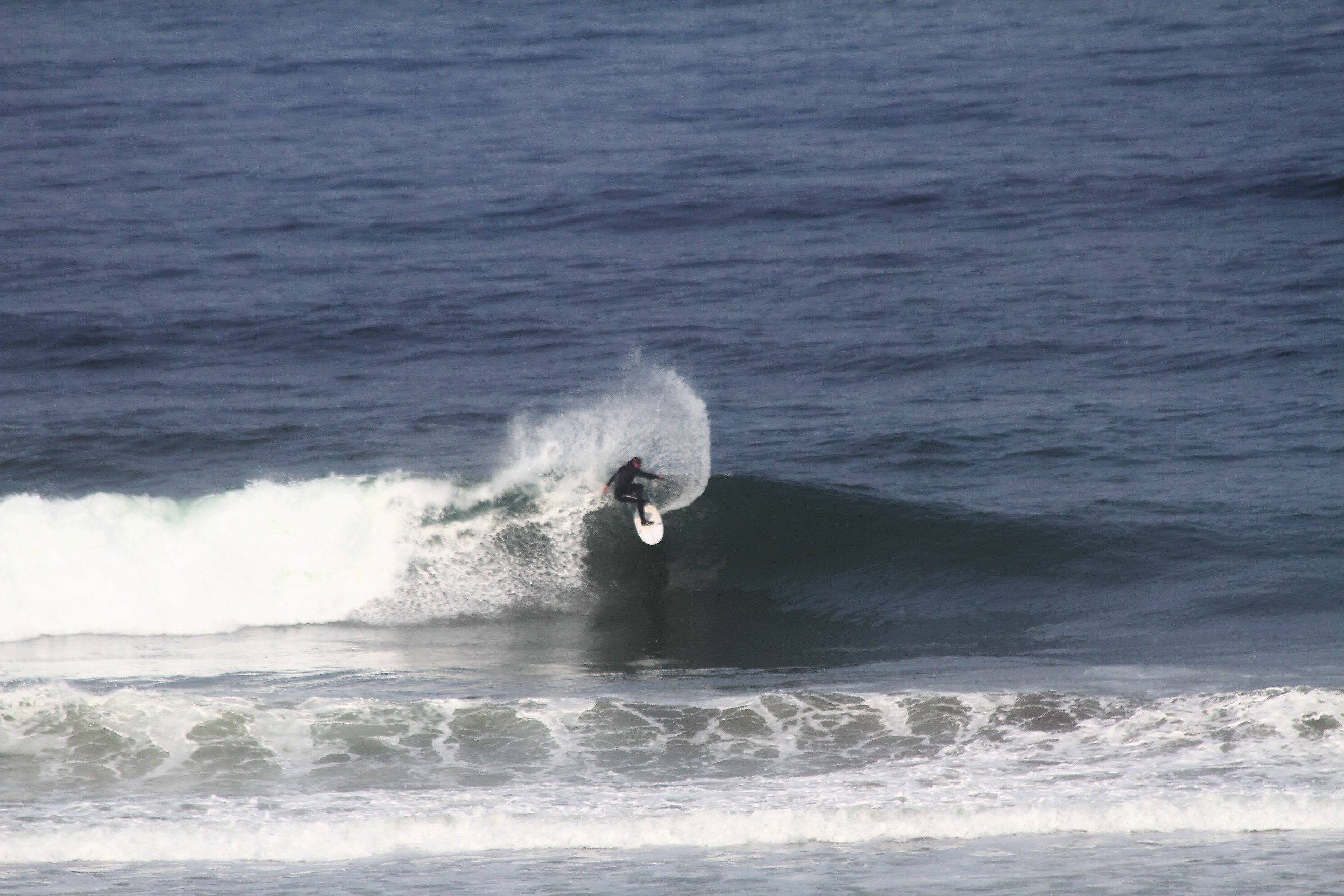 The air quality forecast was unhealthy for the days we had planned to go. What to do then? Chance it, and hope the forecast was bunk? The wind forecast is notoriously inaccurate when there are wildfires.

With two from our group inbound via car and plane, we had to make a decision. Lucky for us, that dead wind that forecasted the poor air quality was perfect for a local surf spot just north of us. It also just so happened the surf forecast was also favorable for said spot. 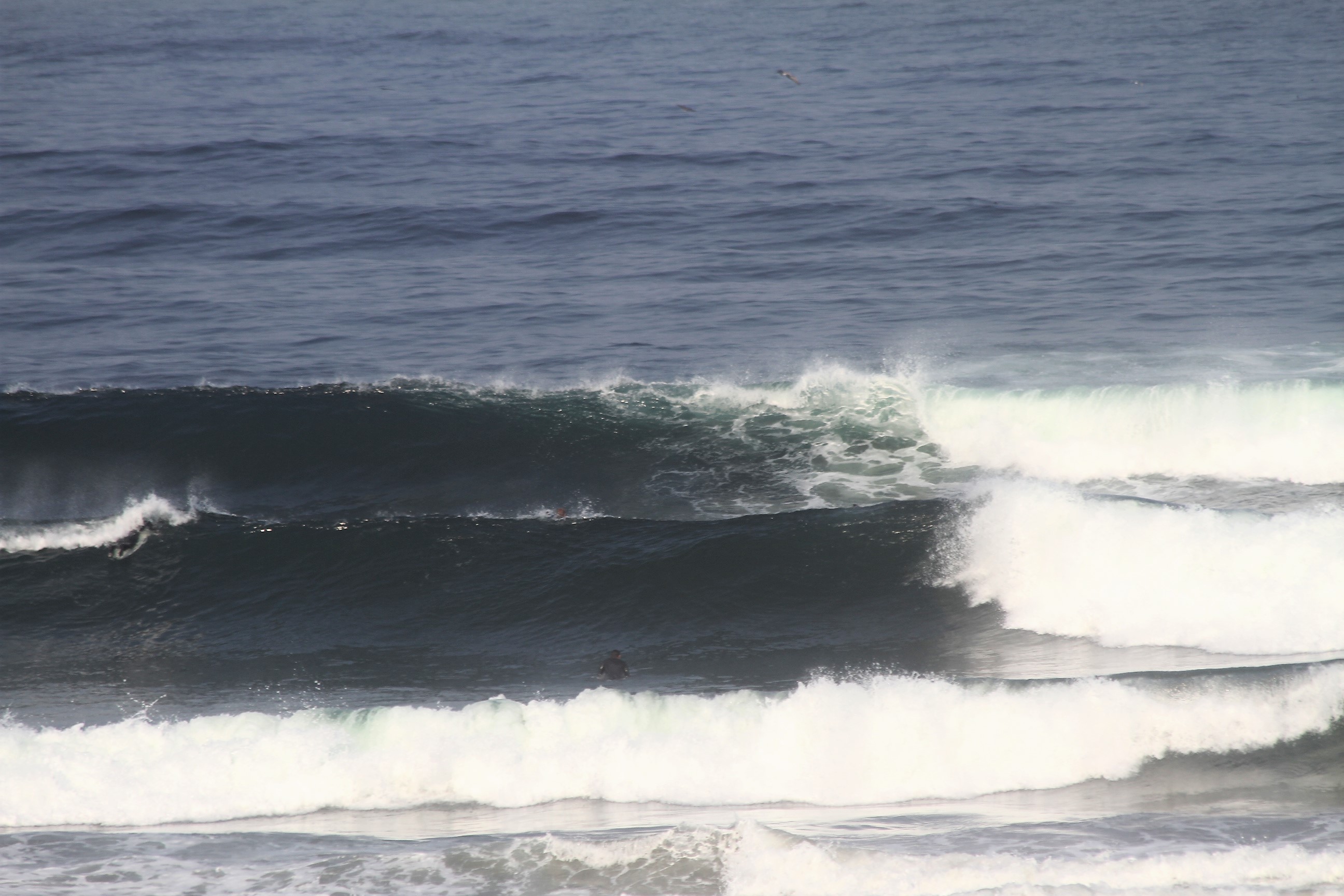 Plan B went into action. We’d boat surf day one on the river here, surf the next day in the morning and then take it from there. If the wind was still good at the beach, we’d surf again. If not, we could return to the river for another boat session. 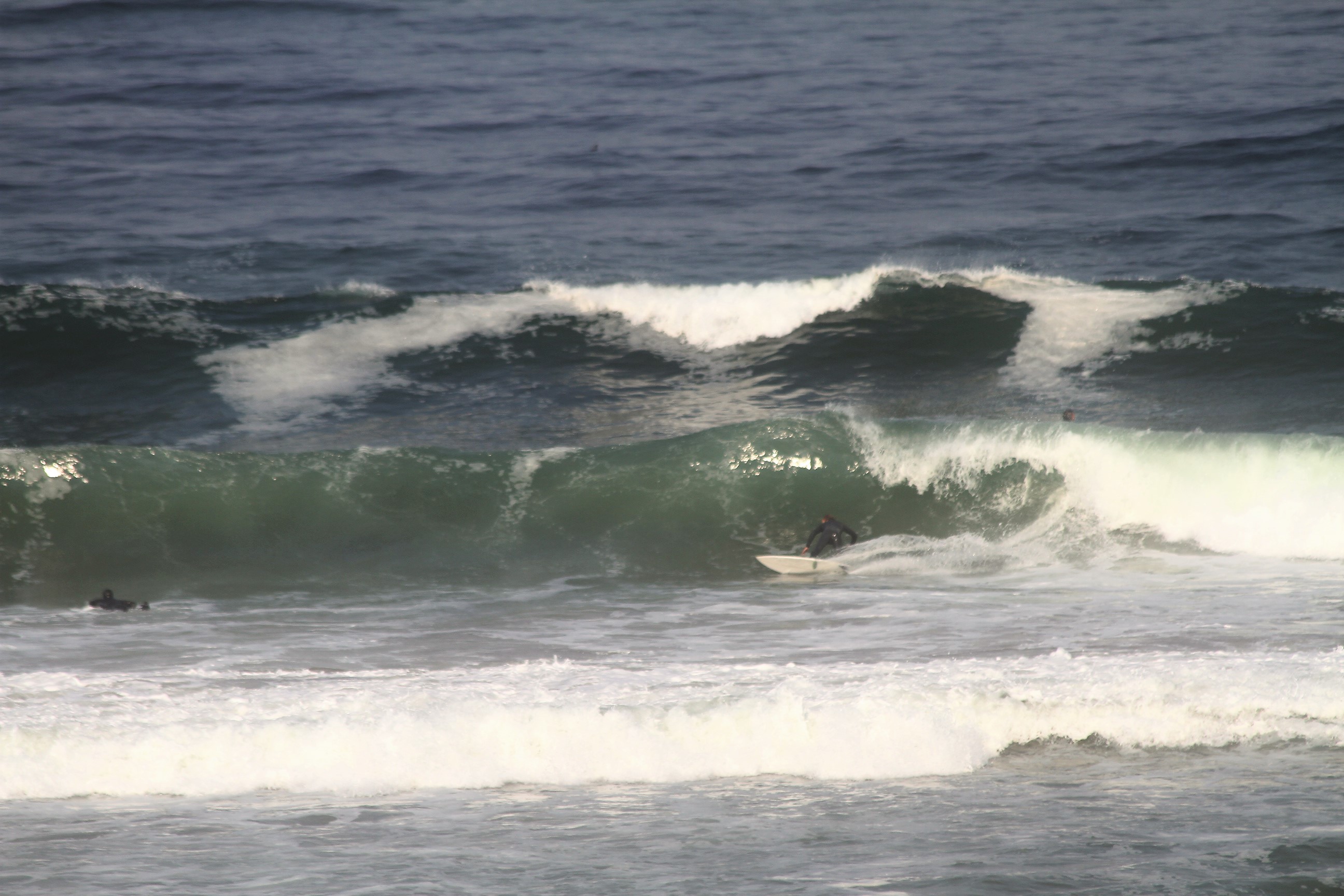 I always loved the line Rick said in response to Yvonne in Casablanca:
Yvonne: “Will I see you tonight?”
Rick: “I never make plans that far away.”

I feel like as surfers, we have to operate this way. Our plans depend on the swell, the tide, the wind, etc. 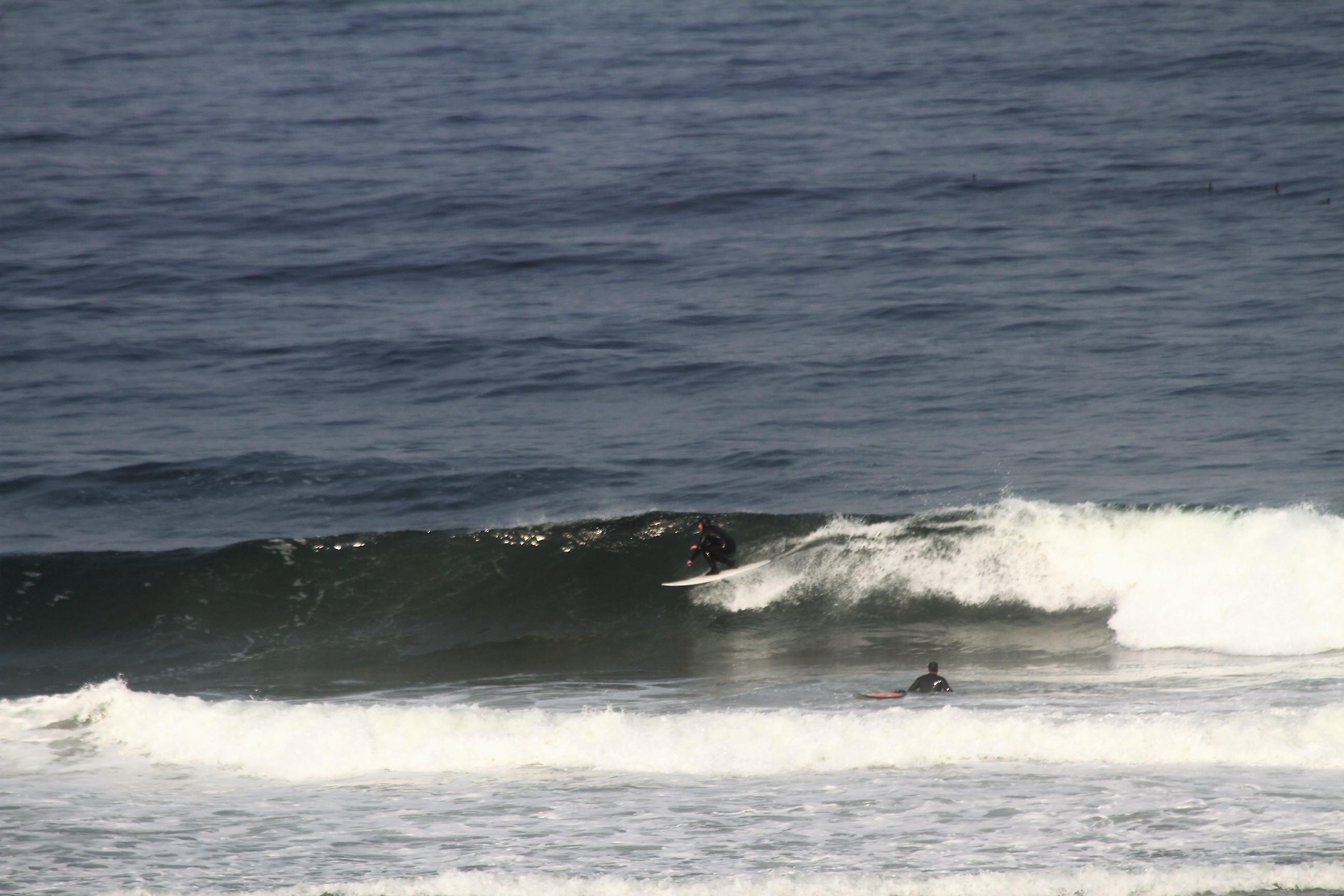 The guys arrived safely the night before. I prepped the boat for the next afternoon. The next morning came and some smoke had moved into our area, but doable. The wind stayed calm, air warm. The river was spectacular. Not a boat out there but us with calm to very light winds.

With a few rounds under our belts, we started to loosen up. The wind picked up a bit so we shifted to a more sheltered area and rode until the absolute last minute before the tide pulled out too far.

First day in the books, not too shabby.

When we arrived at the beach the next day, conditions were beautiful. A nice solid northwest windswell arrived, combining with a moderate south groundswell and all waves were met with glassy conditions. 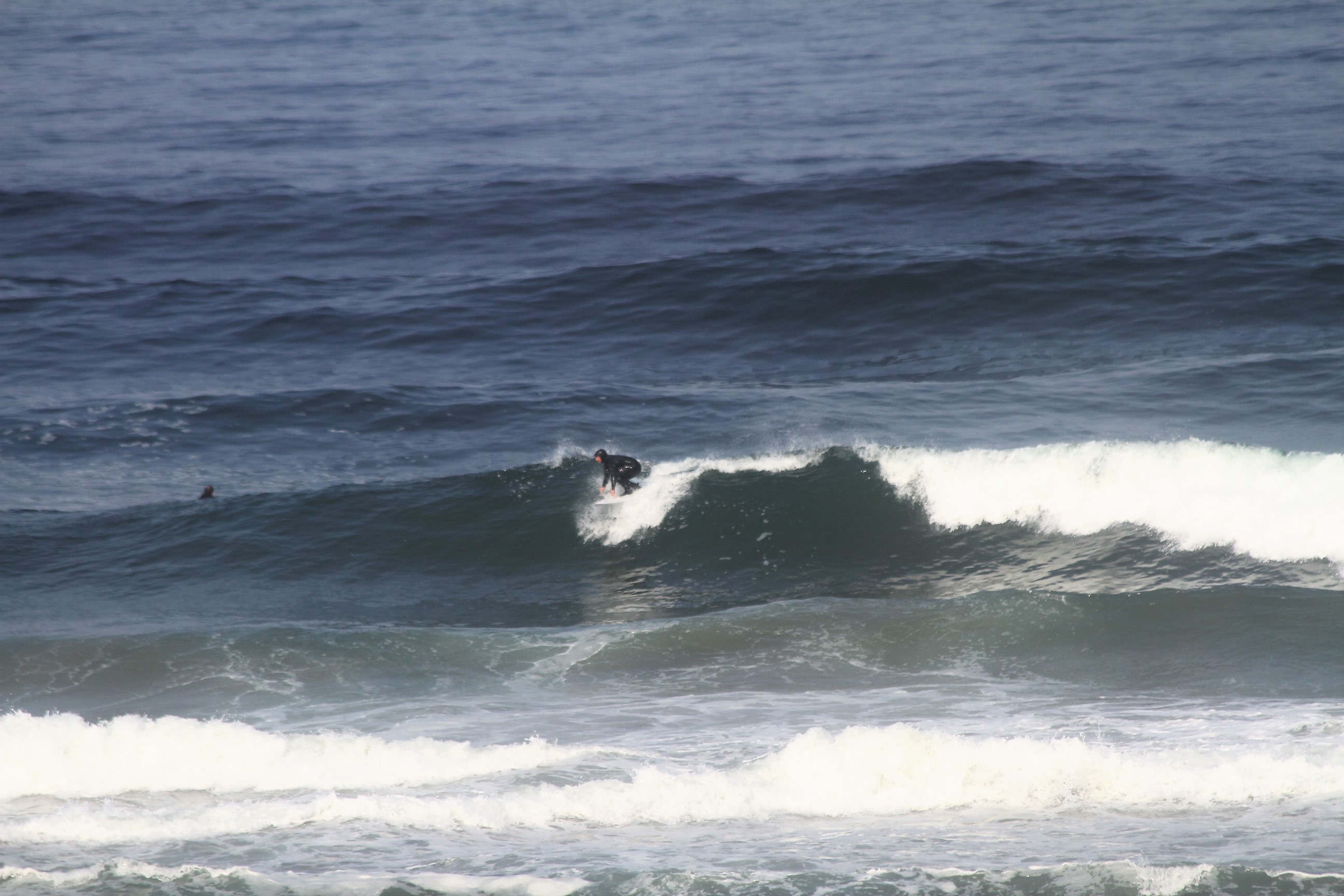 The only downside was the size and short period combination. The inside area was a bit on the churning side, holding us in what we affectionately called the “gutter”.

The gutter was a sandbar that stretched a few hundred meters which held the surfer paddling on the inside in place. I teach how to identify and get out of these kinds of scenarios in my Level 2 course, and this gutter was probably one of the most clearly defined ones I’ve seen. 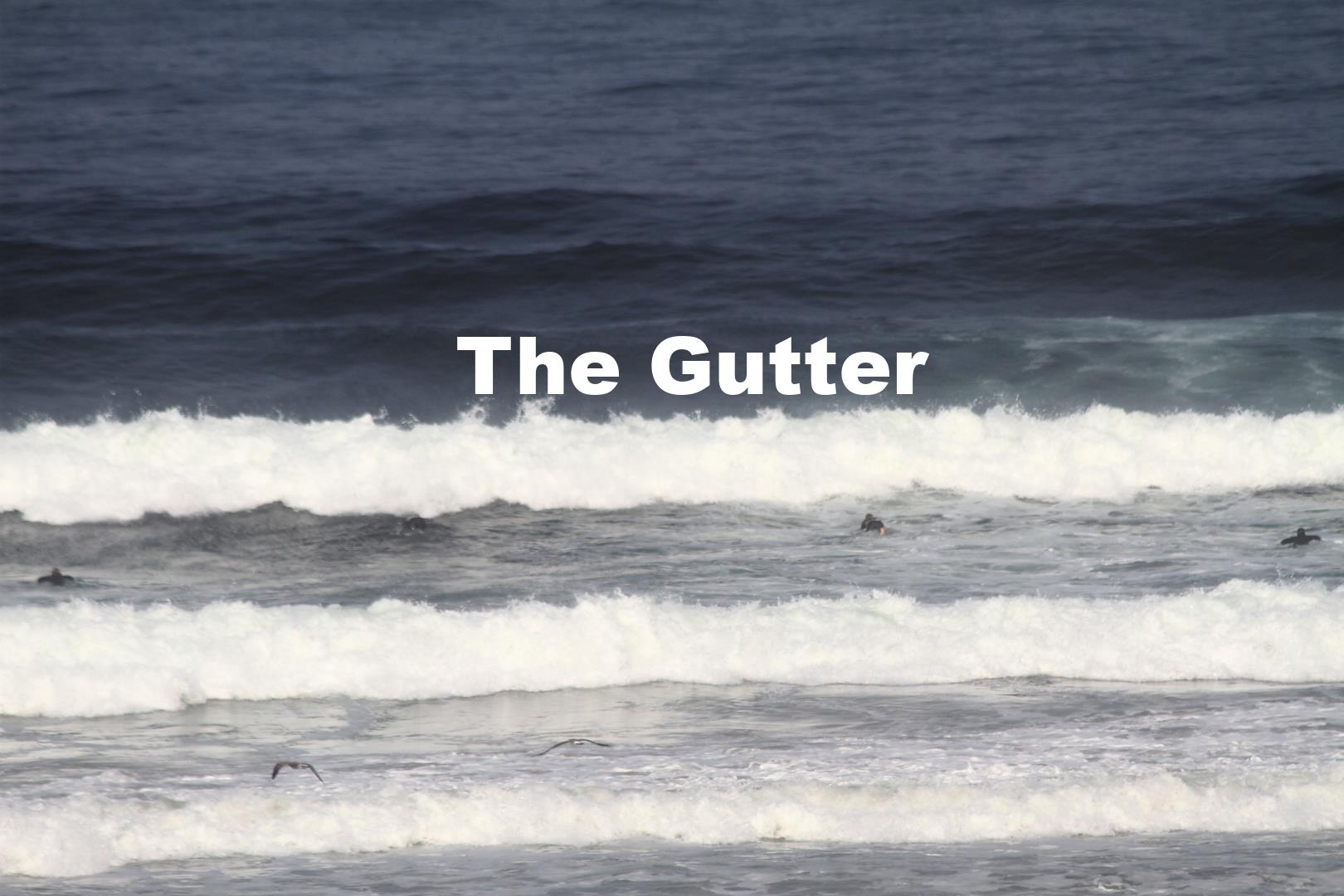 Andy got properly barreled right in front of me while I was sitting in the gutter after a wave I caught. The water was crystal blue and he set up for it so well that I became entranced by it. Because I was so focused on watching him, I got completely demolished by the same wave down the line. But totally worth it watching him make it out of that beautiful wave.

I decided to do the run around after that, on the hunt for a similar wave the rest of the day. 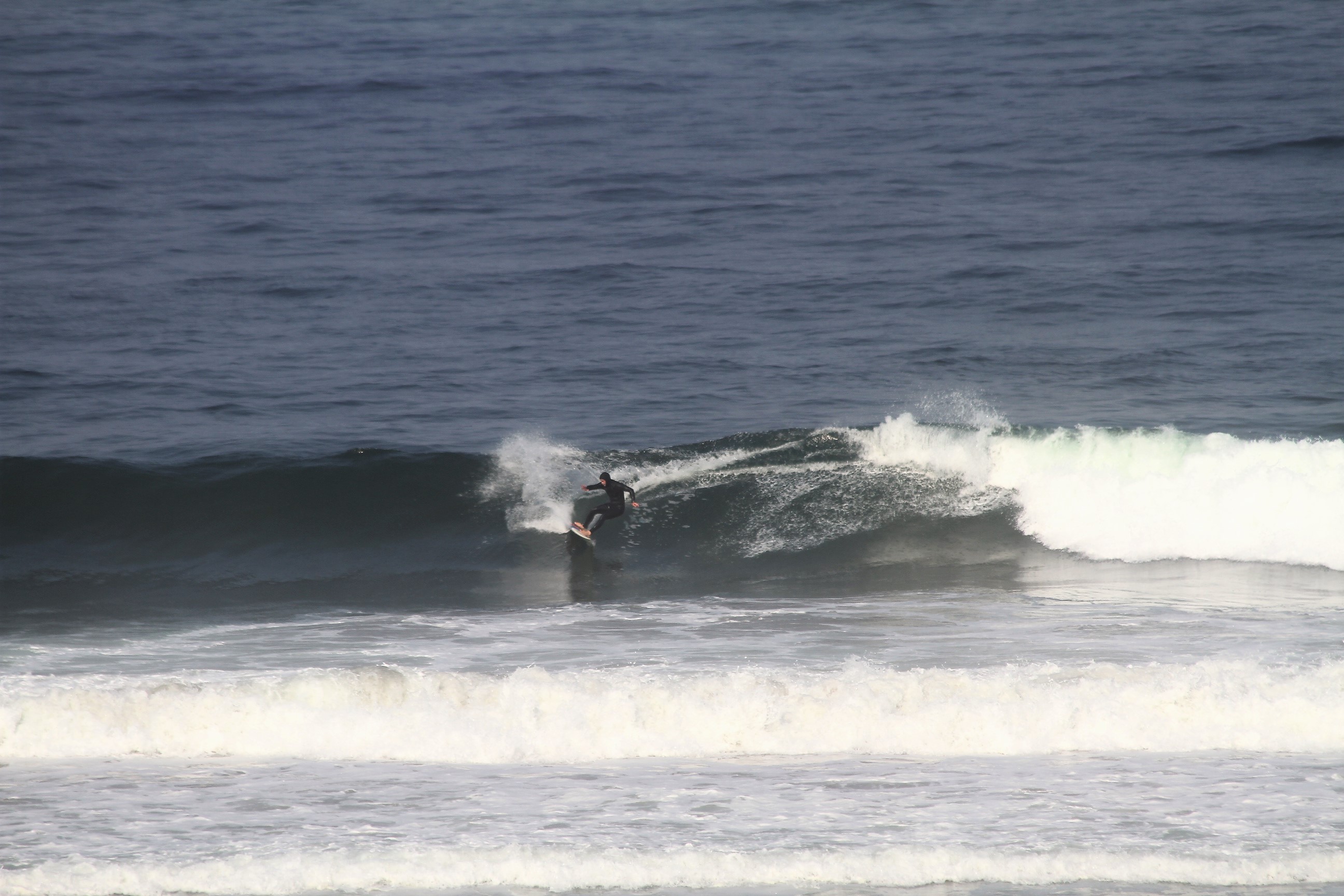 Kevin rode a wave that almost broke my camera it was so long. 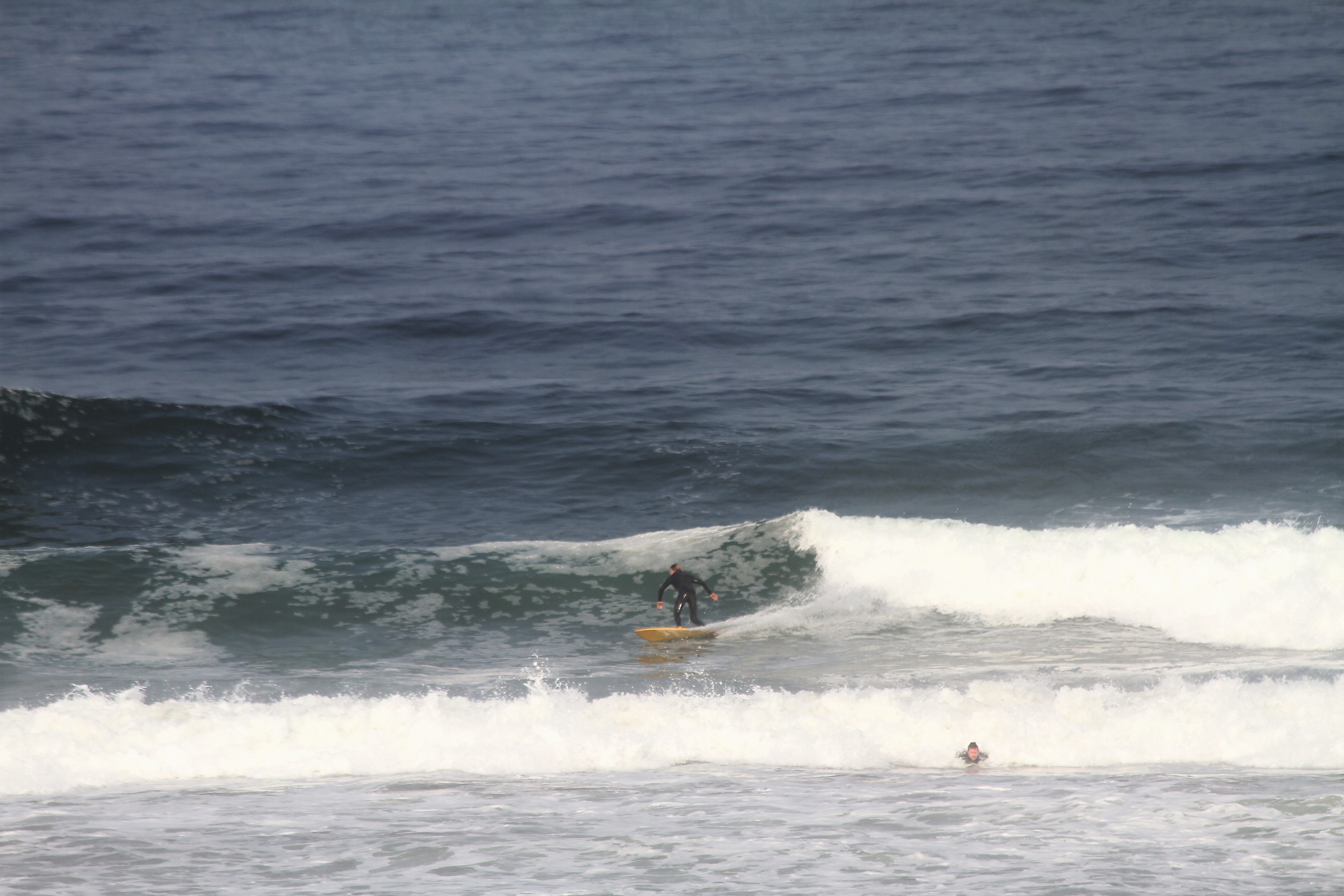 Mike found the clean ones and gave them proper smackdowns. 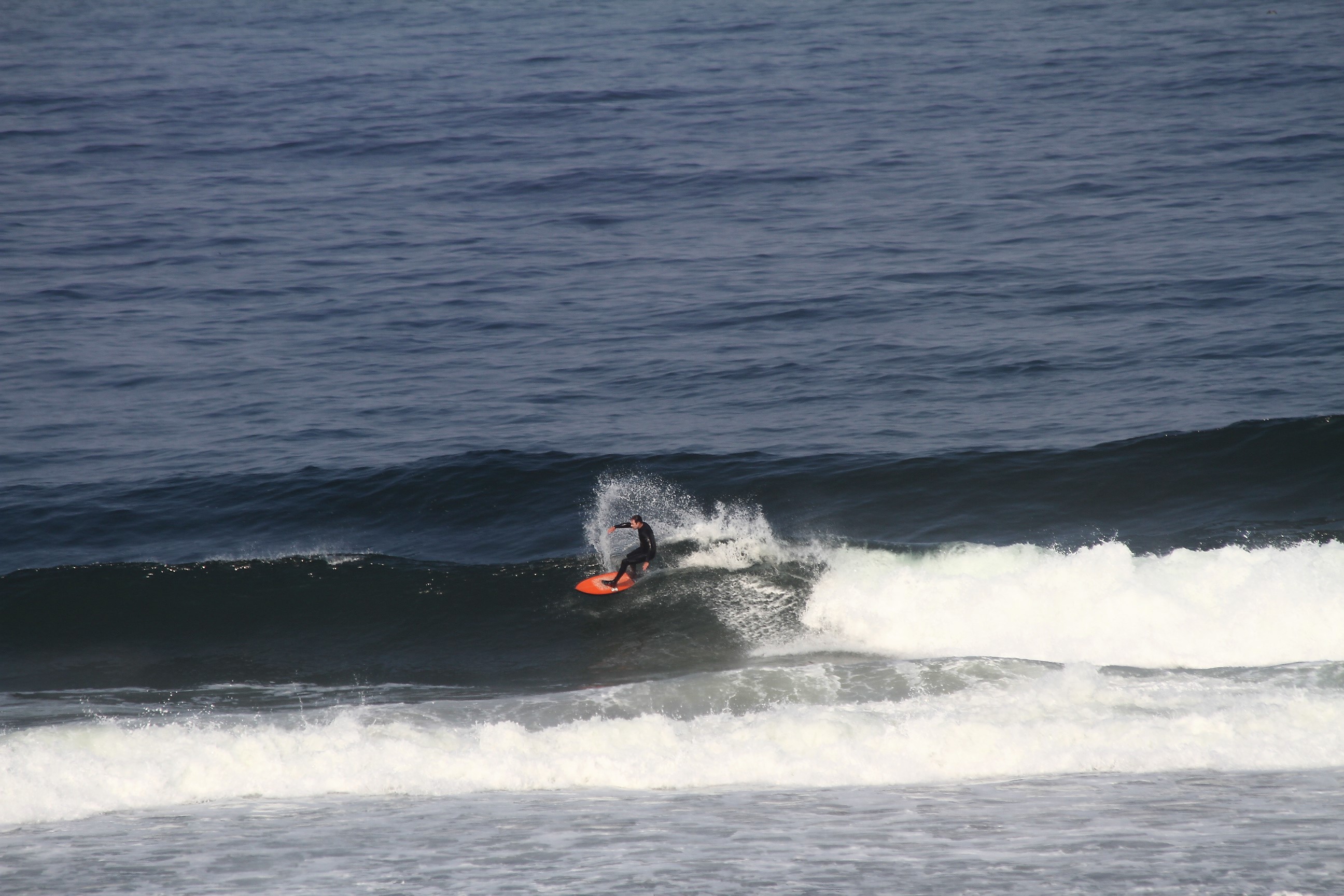 And despite being out of the water recently due to ear surgery, Travis was reintroduced how nice it was to catch sizable waves (and paddling a lot). 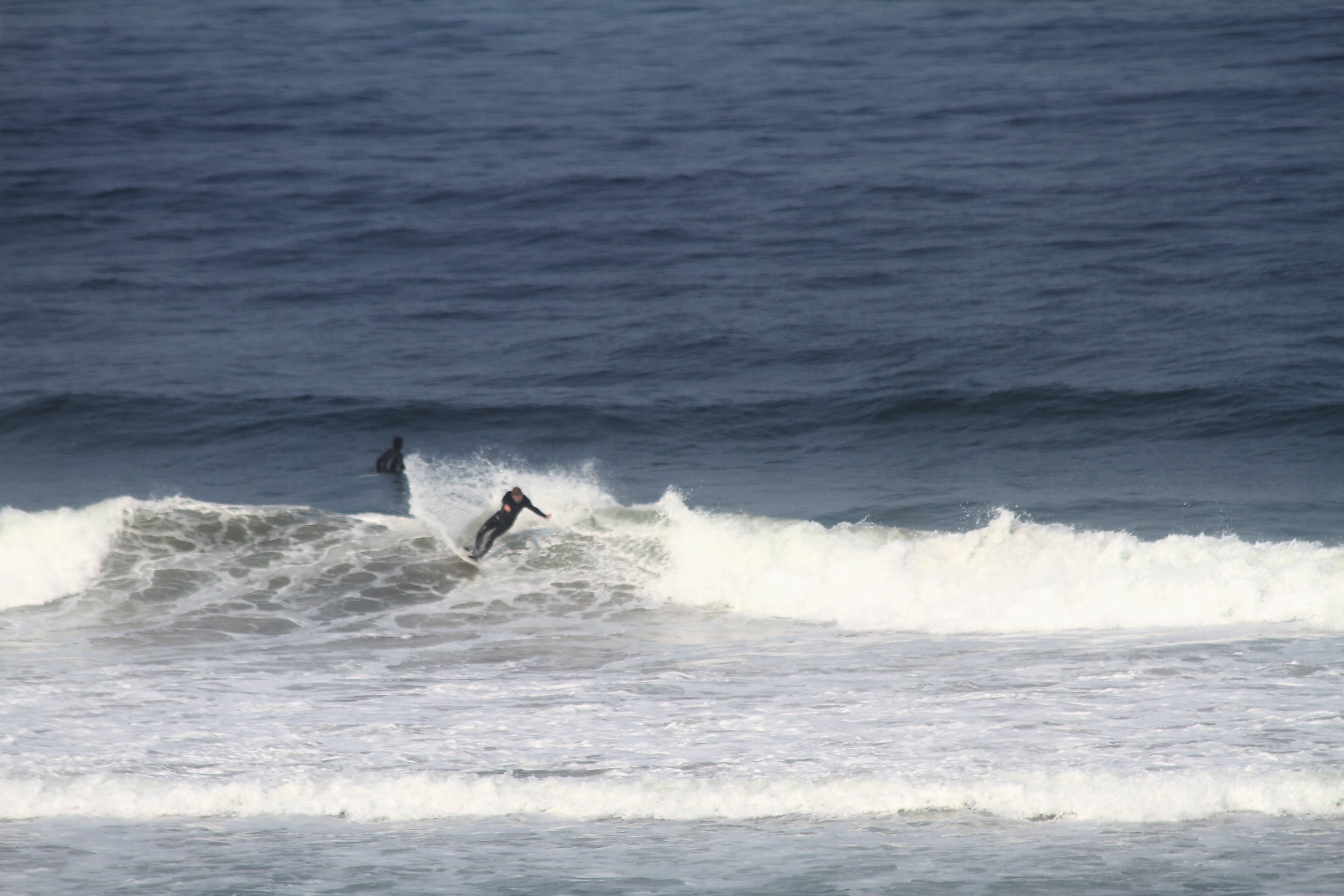 We stayed all day on day two, surfing four sessions. The gutter forced us to get creative because of how much we were surfing. Smarter, not harder is always preferred in my mind.

The next day the swell had dropped a little but waves were still pumping. After a nice long morning session, it was time to call it. 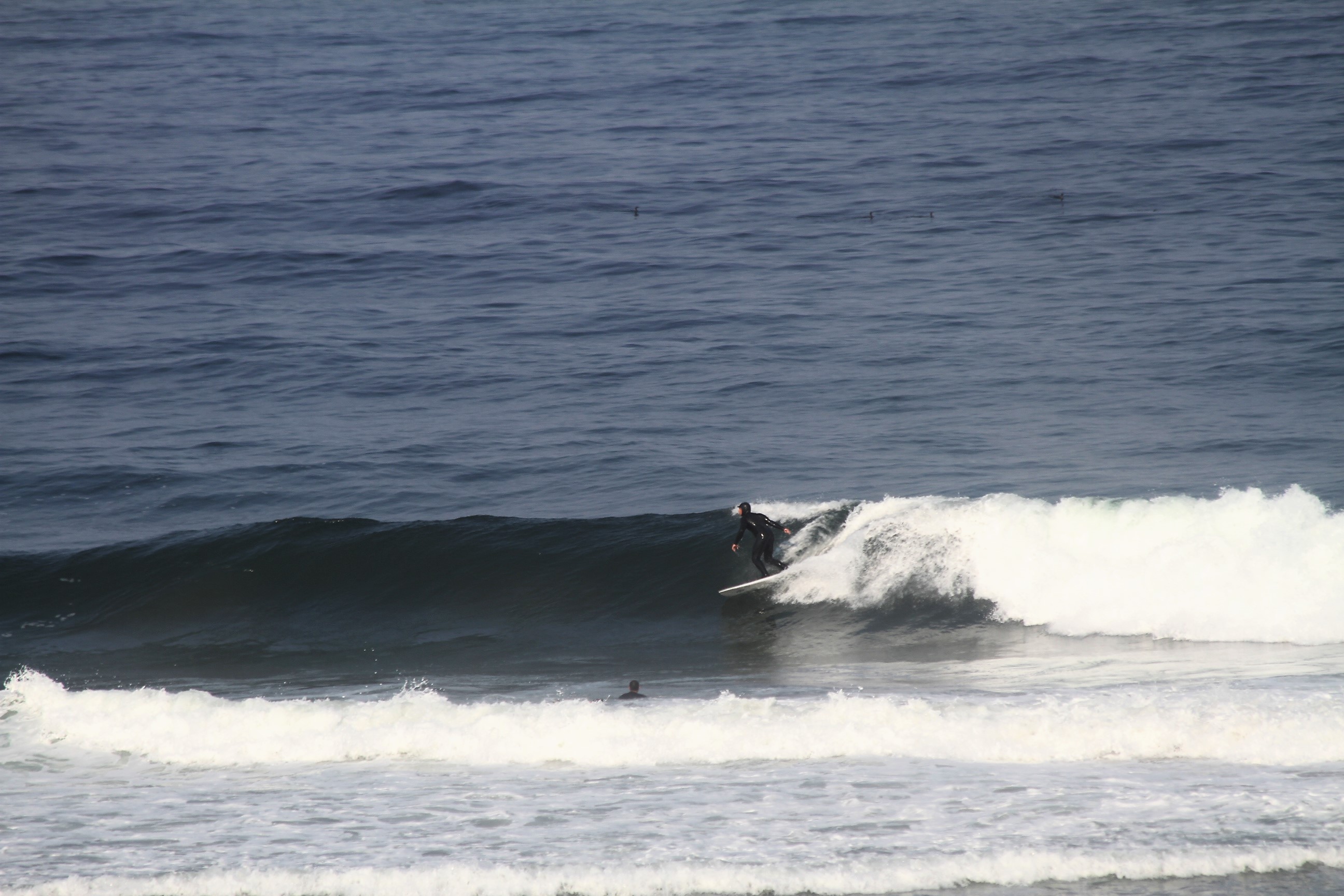 In the end, the weekend surf trip was a success. It wasn’t what we had planned, but sometimes it’s nice to not make plans that far ahead.

Here’s to enjoying your next adventure, planned or otherwise.

See you in the water… 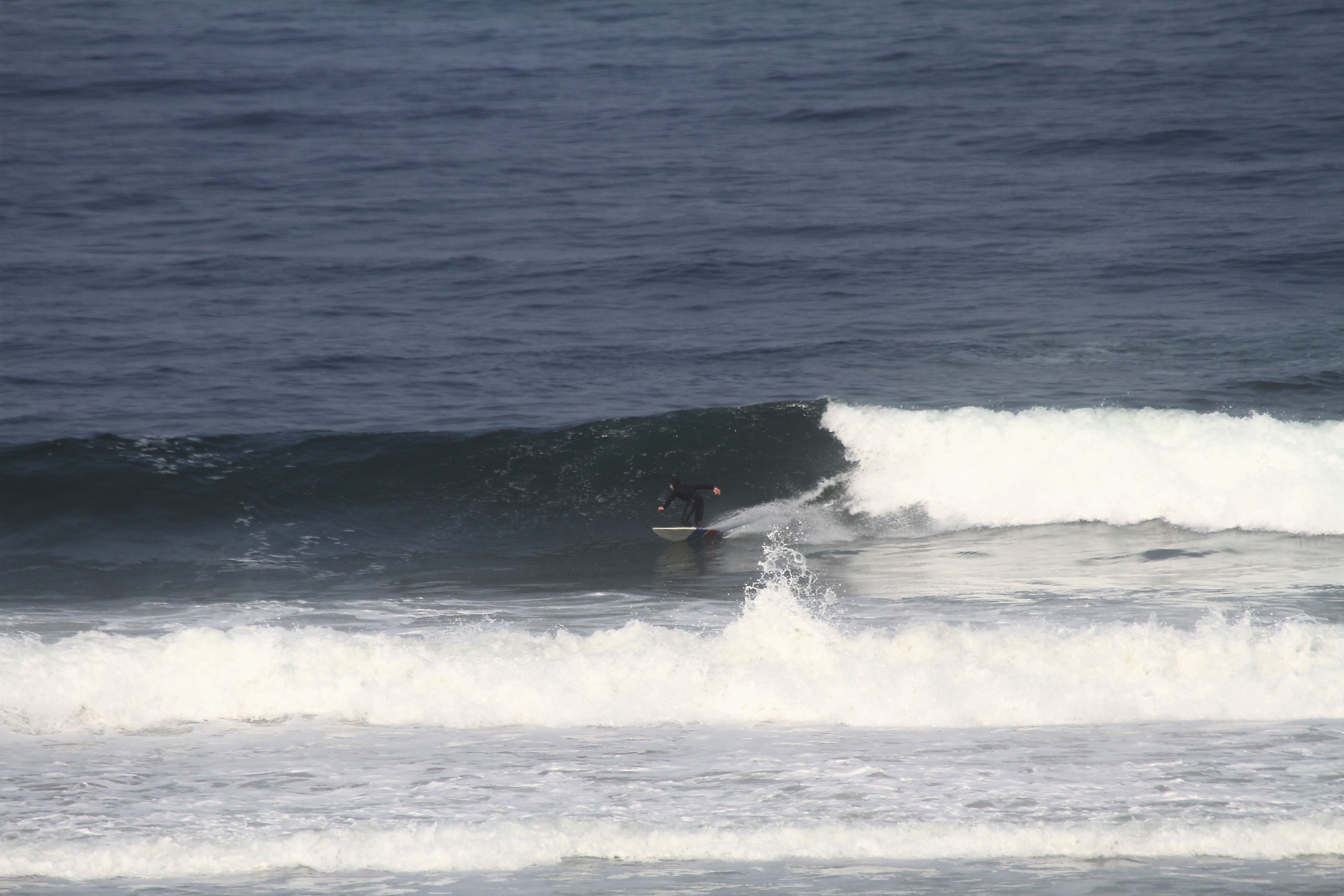