Not Another Surf Ranch Clip 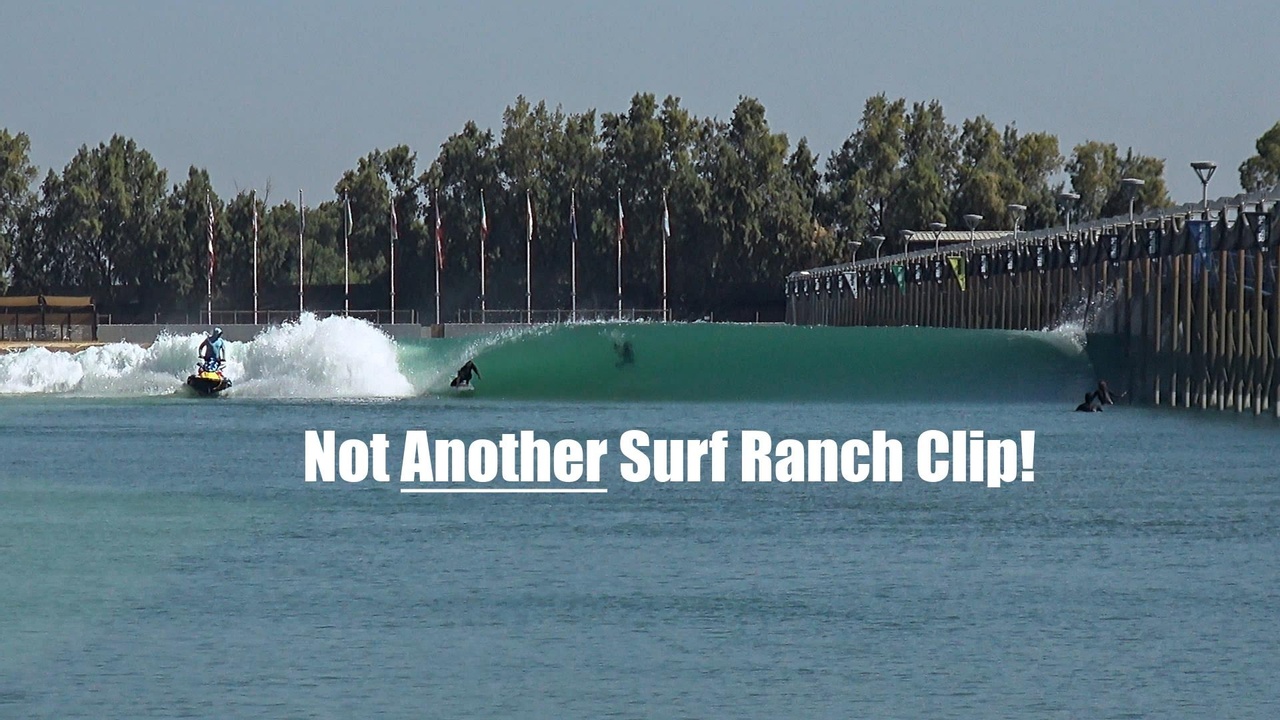 I hate to say this, but unless you experience the Kelly Slater Surf Ranch yourself, it’s hard to imagine the spectrum of emotions, thoughts and feelings that drive you to share your experience with everyone you meet. I’ve coached there five times now, and have had the opportunity to surf it twice, and can attest that there is something special about the experience.

The night before you get to surf the wave for the first time, your heart pounds faster than a drum roll. You then attempt to calm it through a variety of breathing and meditation techniques. The effect is negligible before you begin again to imagine yourself blowing the wave, or not making the barrel, or not being able to catch it, and your heart rate goes up again. And this is all the night before you arrive.

Upon arrival, with little to no deep sleep, the roller coaster begins again with your heart rate as you try your hardest to understand where you’re supposed to sit in the basin, how to decipher this sticker they put on your board in a foreign code when your priority waves are going to arrive, and fail miserably to remember which flag the wave barrels at.

On my first surf, my nervousness was amplified because I was also dealing with a freshly broken foot (back foot) and was in a heat with a former #2 surfer in the world, his son, and a 4x world champion. I thought, “well, no one will be watching me, that’s for sure.” That eased my anxiety only slightly.

As a paddling coach, all I was focused on was not missing the wave. I mean, c’mon, I can’t miss that wave since that’s what Kelly Slater Wave Company hired me to figure out – why surfers were missing waves, why great surfers were taking an abundant number of strokes to get into it. My analysis came back with a few fundamental paddling techniques and strategies that solve those issues, but I needed to apply it in the “lab”.

As I took those fateful strokes in, my confidence grew as my analysis was spot on. It is a super easy wave to get into when you put all those techniques and strategies together. But then I remembered, I have a broken foot! My unconscious take off sequence commenced, I began my movement to give a little pump down the line and then I felt a sharp poke in my foot, and it buckled. Down I went. There was no pain when I was underwater though. At least not any physical pain (yet - adrenaline was still pumping hard). But the social and emotional pain of watching that wave peel down the line without me was palpable. I had two more chances that morning, both of which I was able to get a little further down the line, but without my back foot, I couldn’t do much. Nonetheless, it was worth the inflammation of the foot and setback to recovery. My coaching resumed, but now with greater confidence in the analysis, the techniques, and the strategies I was teaching to help surfers get into that wave with ease.

Fast forward a year and a half. I tagged along with Fulcrum Surf (out of Del Mar, CA) on a trip to the Surf Ranch and brought along a few clients to do some more coaching. As fate would have it, Dan Mori, the Fulcrum Surf head coach and surfer extraordinaire put me in a heat with him on the second day. I get my second chance, and this time with a healed body.

Once again, the heart pounded, days before the event. Images in my head of what I might do on the wave came and went, each one with an increase in my heart rate. What was I so nervous about this time? I’ve been there, coached there, body surfed it, (somewhat) surfed it. But I didn’t have in my database the surfer’s perspective of what the wave did and when. I didn’t have what it felt like on my feet at the different sections. I felt nervous because once again, it felt like a new experience.

I tried various ways to trick my brain. Set the expectation low I told myself. This wave sucks, I told myself. If I get a good one, that’s icing on the cake. The wave isn’t that great to begin with (what a load of crap). My meditation and breathing techniques, scientifically proven to calm the body and mind, were not working. Science was even failing me.

Then I noticed the date and time of my heat. Coincidentally (or maybe not so), my heat started at 9am on May 18, 2021. The heat was on a day that was exactly 33 years after the day my father passed away - about an hour past the time when I heard the news of his passing communicated by my brother and mother. The date also happens to be my late mother’s birthday. Of all the things I tried to calm myself down with, relating this heat to the anniversary of something that changed my life so profoundly was the one that did it. No longer was this about me, or what I did, or didn’t do on that wave. This heat was going to be a celebration of life, a celebration of family, of friendship, and of joy. My parents would be so happy I get to do what I love, every day of my life, and they will be there with me riding along with each wave.

Sound a little too mushy for you? Well, too bad, LOL! That’s what helped me really enjoy that moment. And it worked.

Did I walk away with a highlight reel? Not even close. But did I have the best time wiping out and failing on almost every priority wave? There’s no doubt about it! I was calm, I was happy, and there wasn’t an ounce of expectation in my mind. I was there just riding waves with my parents and my friends.

I was granted three priority lefts and two priority rights (split wave format). I hadn’t surfed any of the priority waves to completion by the time I had one wave left. Last wave of the heat, and last priority left was mine.

What happened next is difficult to describe. On the past few waves I was getting into the barrel but didn’t quite get the timing right. On this last wave, it all kind of just worked out beautifully. I set up where I thought I noticed the wave hollowing out, but it pushed me out. Then suddenly, the bottom dropped out, I saw an incredible view, and as with the other waves, I expected a wipeout coming. But there was a little lift of the rail, a little push from behind, and out I came. It was a quick one. I’ve had much longer and more critical barrels in the ocean. But this one felt extra special, as if my parents held it open and gave me a little push to clear the exit.

Why share this very personal story? Part to educate about how to deal with the anxiety surfing that wave can bring and strategies you might employ to combat the tension you feel. Part to explain the array of emotions one might experience there. And part to explain why so many surfers want to share their experience and waves they surfed there. It’s emotional, no matter how you slice it, and while it appears that every wave is the same, they are not. And we are mere mortals surfing it, not professionals. So, every little curve, every little turn and successful navigation of this wave is special to us. If only for a moment.

Hope you enjoyed this surf story. If you did, I’d love to hear from you. And if you’re interested in my Surf Ranch Takeoff Course, or in taking a Coaching Trip to the Surf Ranch with me, reach out. In the course and on the trip, I teach you the paddling techniques and strategies I developed when I worked for KSWC that increases the likelihood of you making the wave easily with every attempt. I will also analyze any Surf Ranch footage you have from past trips to prepare you for a future trip. It’s not just for intermediate surfers. Even the advanced surfers will benefit, especially if it feels like you have to take a million strokes to get into the wave. There is a better (and easier) way.

*I do not conduct analysis or coach on how you ride the wave – just taking off and catching the wave.  Paddling and Catching Waves is my wheelhouse.  If interested in surf technique, let me know and I’ll refer you to some fantastic coaches I’ve vetted based on what you’re looking for. 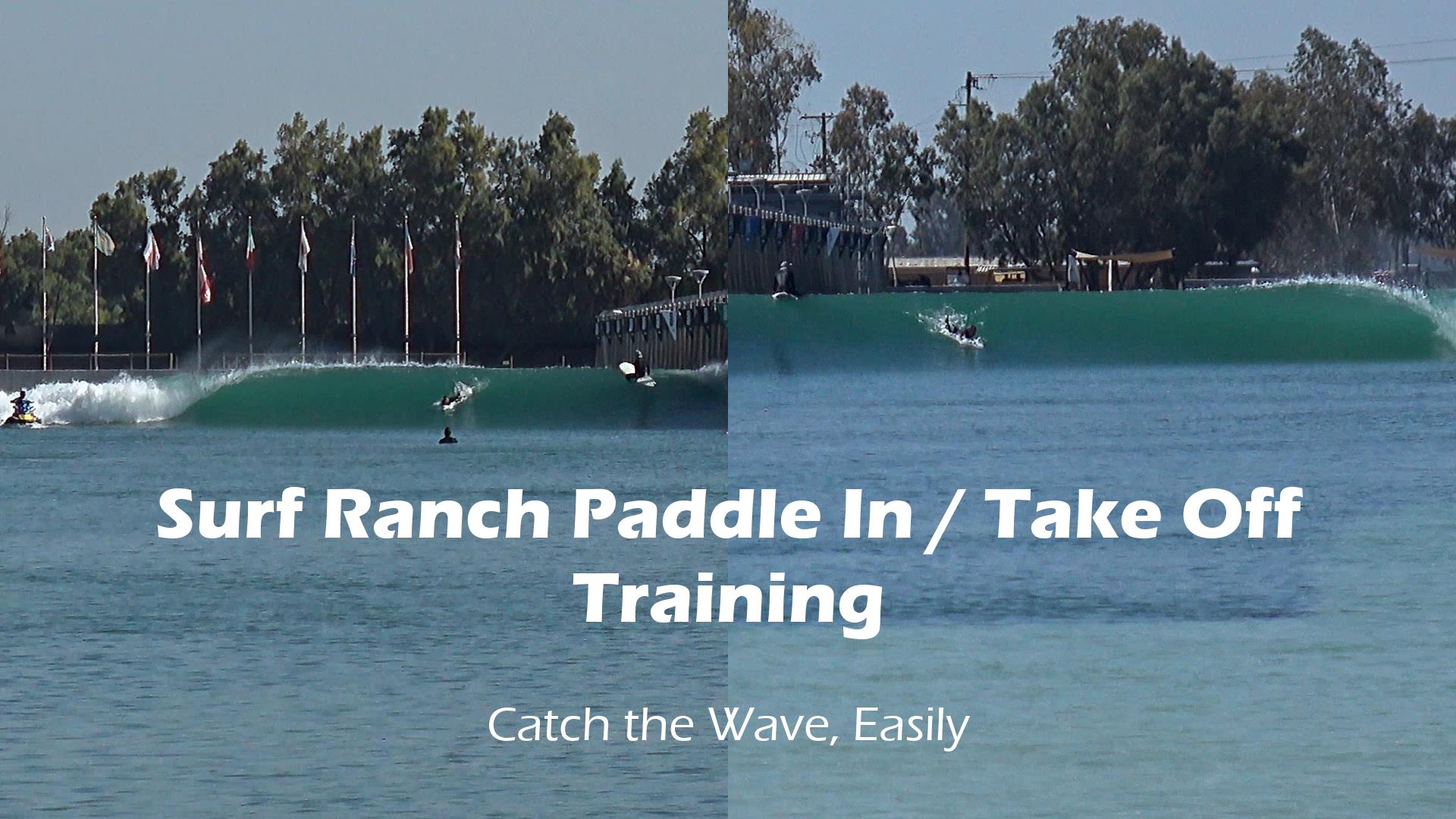