How to Surf Like a Pro in Two Simple Steps 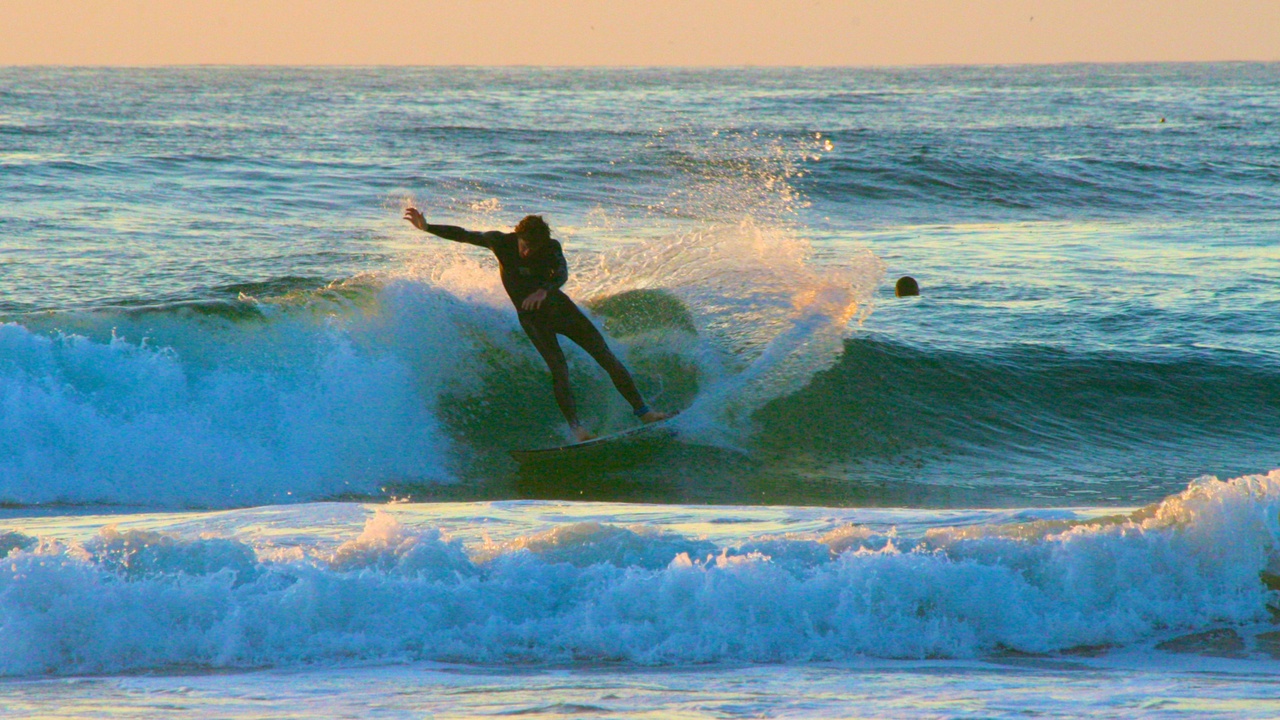 I’m a paddling coach.  I don’t teach how to surf better on a wave.  But I have seen immense improvement in my own surfing progression whenever I follow these two simple steps.  When I lose these steps, usually when life gets in the way, it’s easy enough to follow these steps to get back on track.

Taj Burrow was quoted saying “the only different between me and you is that I’ve surfed more than you”.

Like Skateboarding, Snowboarding, Wakeboarding, heck riding a bike, Surfing is a “feel” sport.  Your brain needs to make a connection for each movement in a variety of combinations.  Surfing is much harder to make that connection because the canvas changes each time you ride a wave.  Your brain has to work even harder than sports like skateboarding where you can make the same movement on the same surface over and over again. 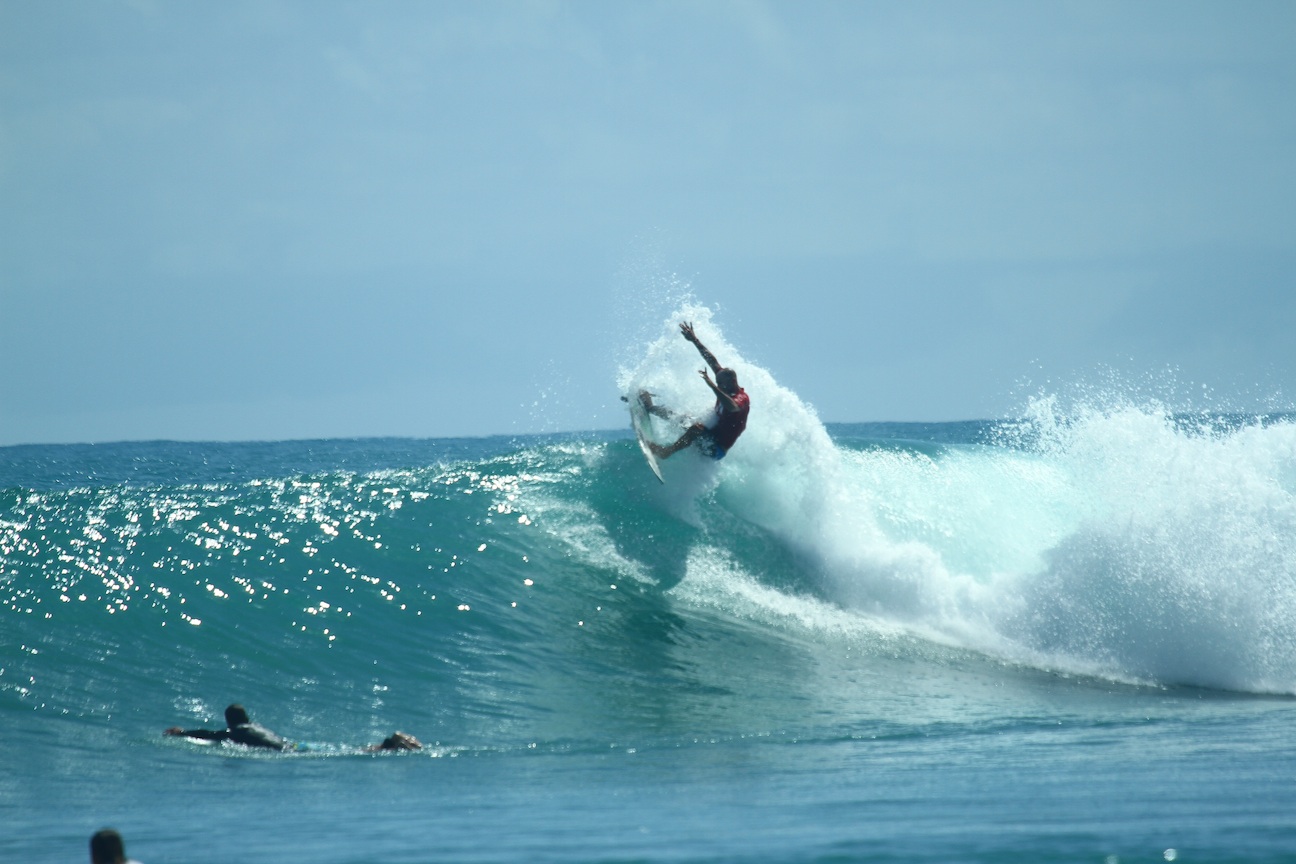 So How do you spend more time surfing?

First, spend less time paddling (of course I would start with this).  Face it, paddling takes up too much energy and time.  According to the Surf First study, on average, we’re paddling approximately 90 minutes in a 2.5 hour session.  And that’s being conservative for some spots.  If you can save energy by taking fewer strokes and becoming more efficient with your paddling, you can stay out longer, paddle faster, and ultimately catch more waves.

Clients who have conducted the Level 1 course have reduced the number of strokes they take on average between 15-35%. 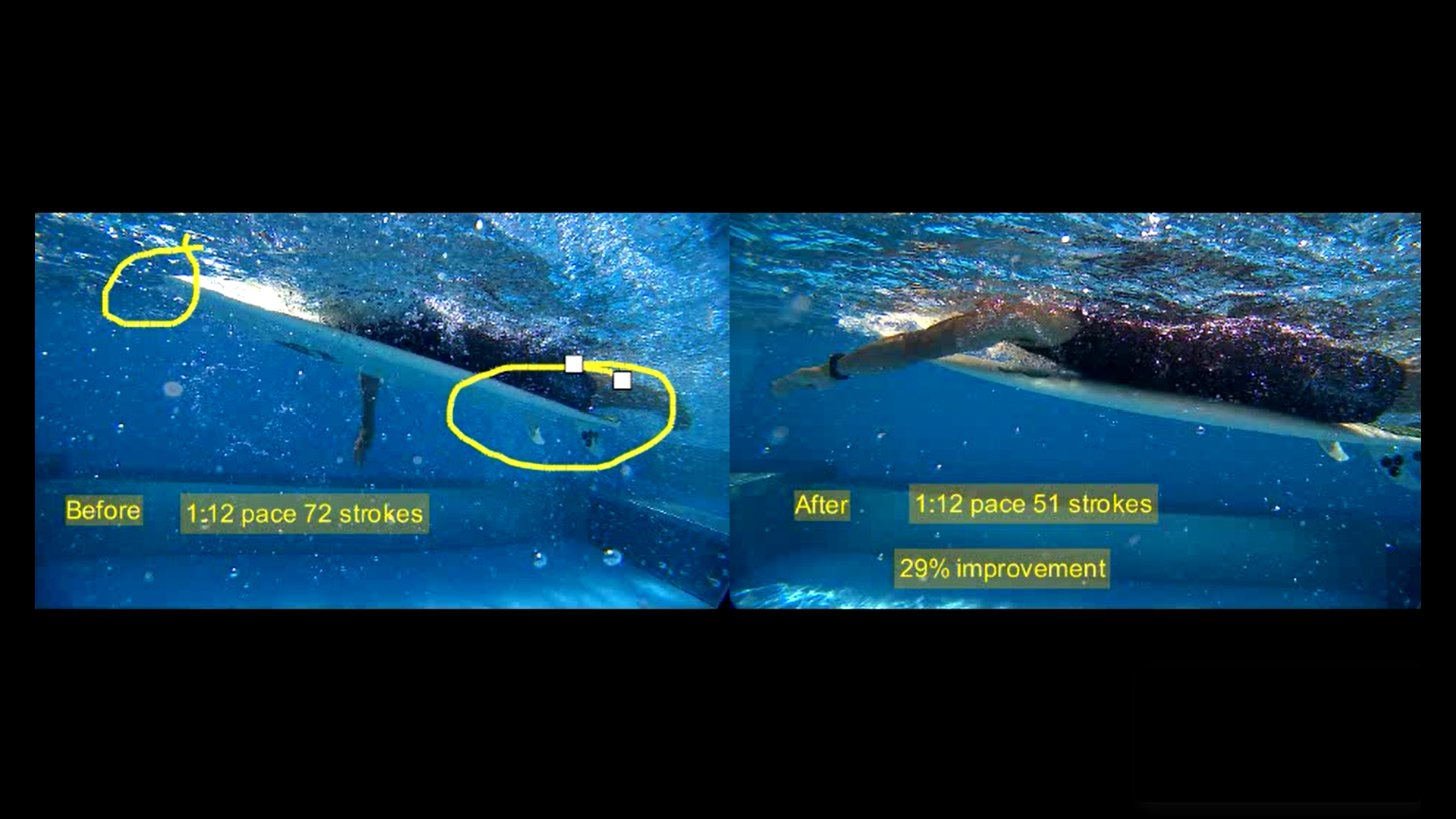 So let’s say you take 70 strokes per minute when you are casually paddling around.  In 90 minutes, that is 6,300 strokes.  Let’s take the low end of the average and you are able to save just 15% of your strokes.  That reduces your stroke count to 5,355 strokes, or essentially you’ve eliminated 1,000 strokes!  Imagine how many more waves you can catch if you didn’t have to take more strokes. 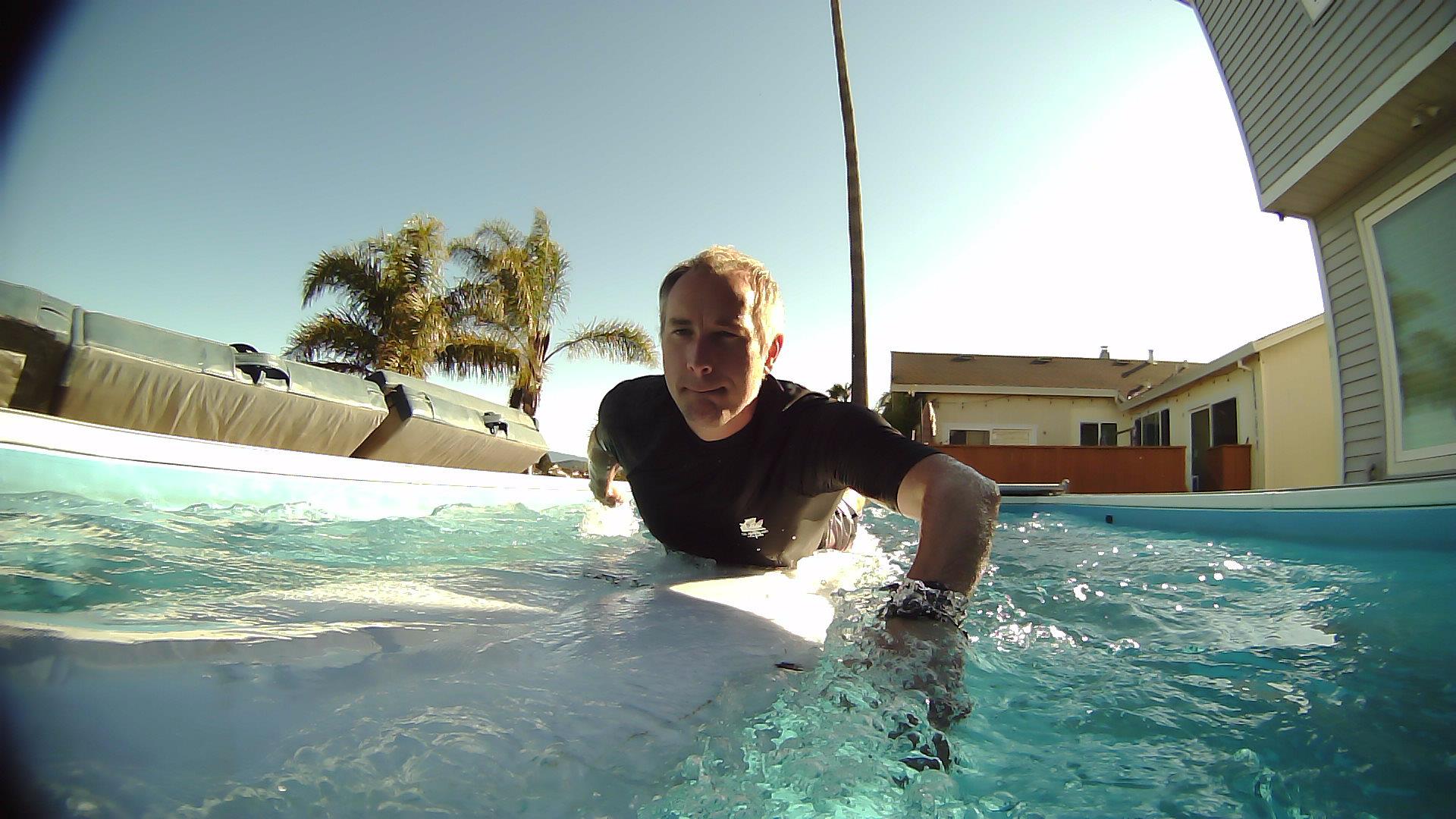 The second way you can spend more time surfing is to surf based on wave count, not time.  This means that you set a goal to catch a certain number of waves, not to surf for a certain amount of time.

In order to catch a certain number of waves, you need to choose a consistent surf spot, even if the quality isn’t as high as a less consistent spot.  If your goal is to truly improve with your surfing, you need to be riding more and sitting less. 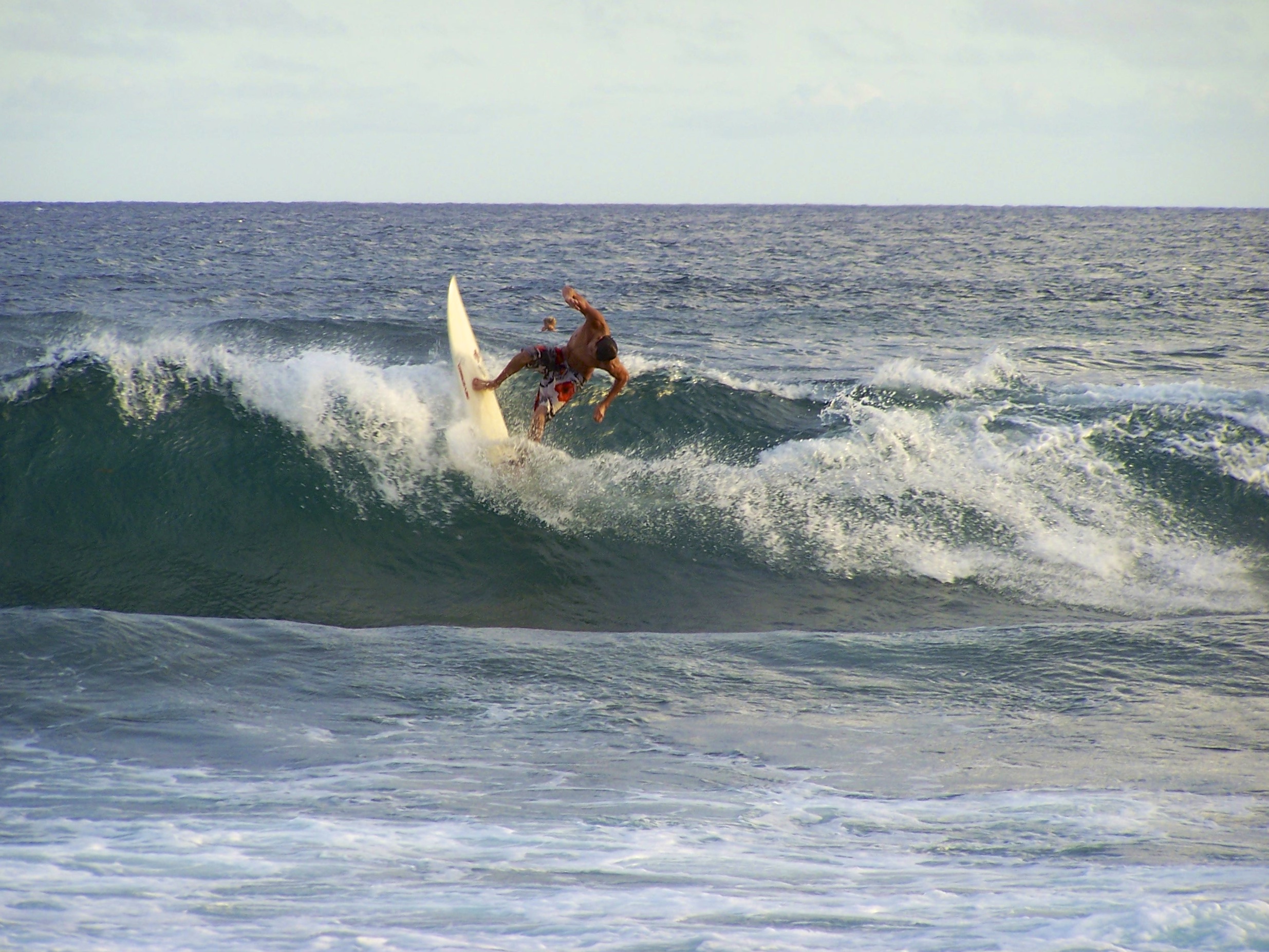 Again, look at skateboarders.  They will repeat a trick, over and over and over again until they hit it.  Then they’ll keep doing it until they can hit it the first time they go out and skate.  Then they know they’ve got it.  Do you think you’ve ever been able to do that when surfing?

If you base your sessions on wave count, you can focus on that one move.  The more advanced maneuvers will require certain types of waves, but the basics can be done on any wave.  So go out and get waves – any waves! 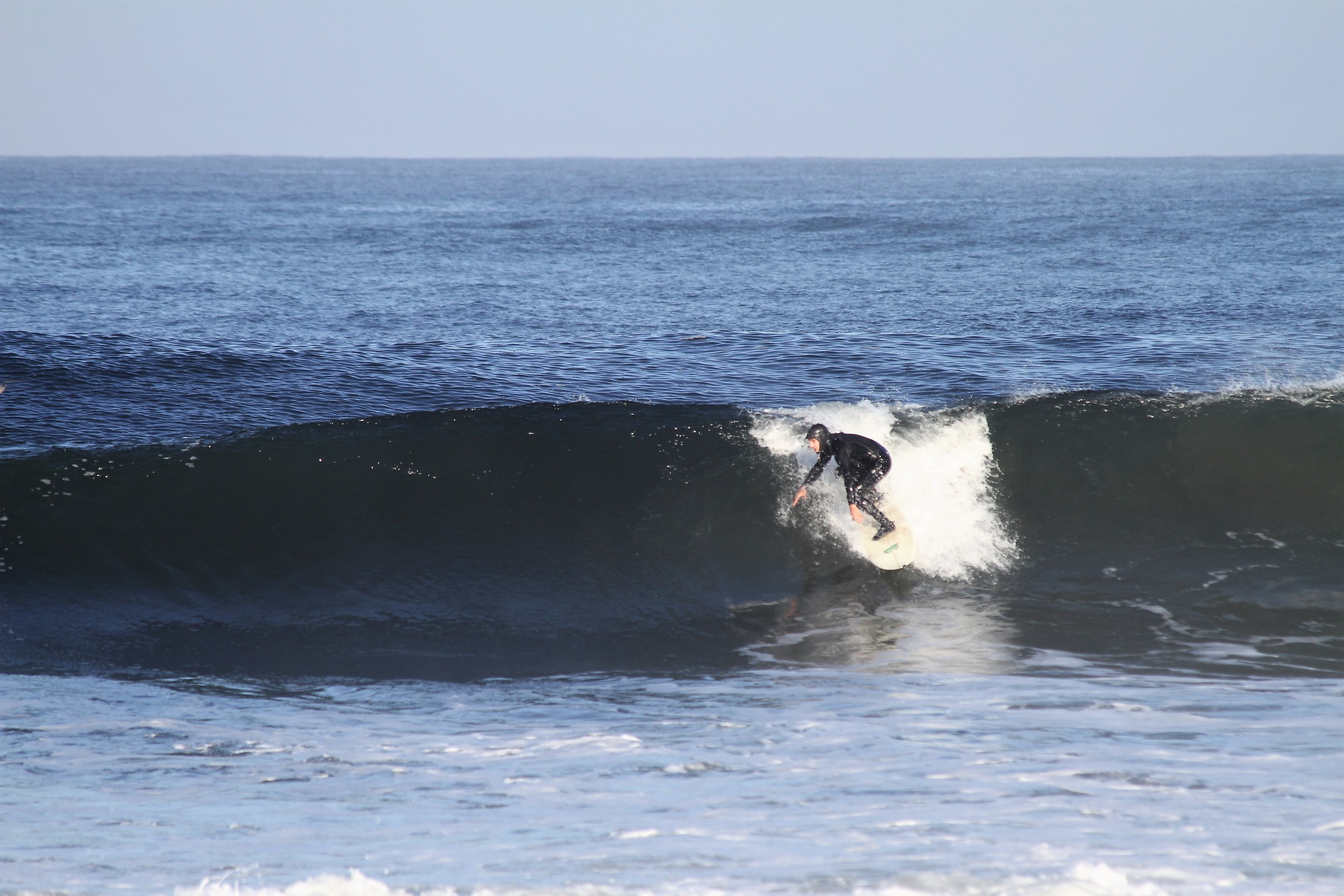 STEP 2 In addition to spending more time surfing by paddling more efficiently and surfing a more consistent spot, there is one more step to surfing more like a pro. Take video and analyze it.

You need to see yourself on video.  It will be an eye opener.  Studies at UC Santa Barbara have shown that watching a correct movement will improve learning curves.  But you need to be able to see what you’re doing first to compare it to someone who is doing it well.  By taking the time to analyze your own surfing and paddling, you’ll end up making fewer mistakes in a shorter amount of time. 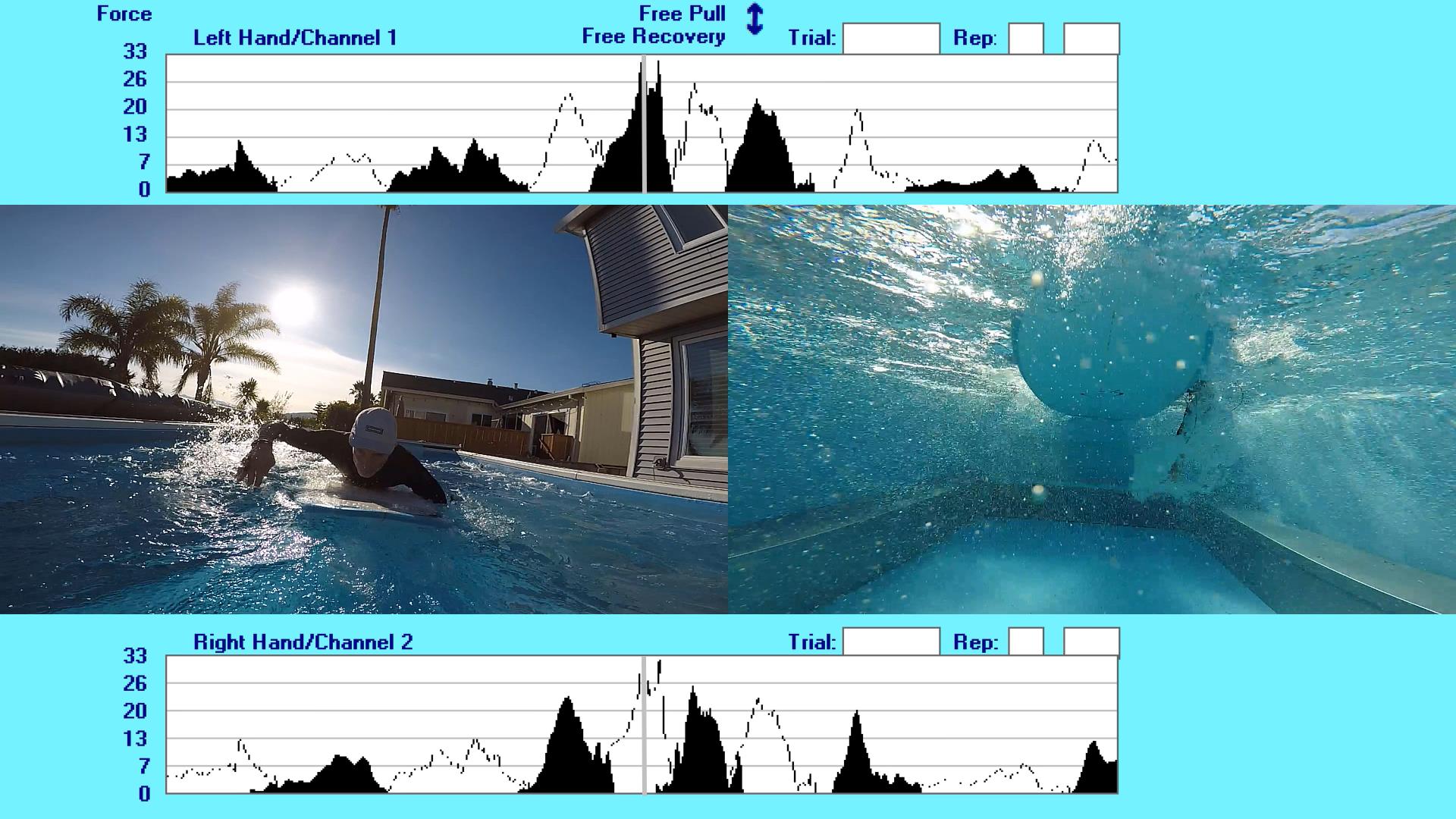 The Journal of International Society of Swimming Coaching released a study showing how much more effective coaching in a swim flume is because of what they called the “real-time feedback coaching approach”.  The group being tested improved their average peak force per stroke cycle and average force per stroke cycle by 24% and 22%, respectively.

As a paddling coach using this technology, I’ve experienced that immediate feedback when I find a limitation on the video.  We correct it right on the spot so that the surfer can then progress without being hung up in one area of technique. 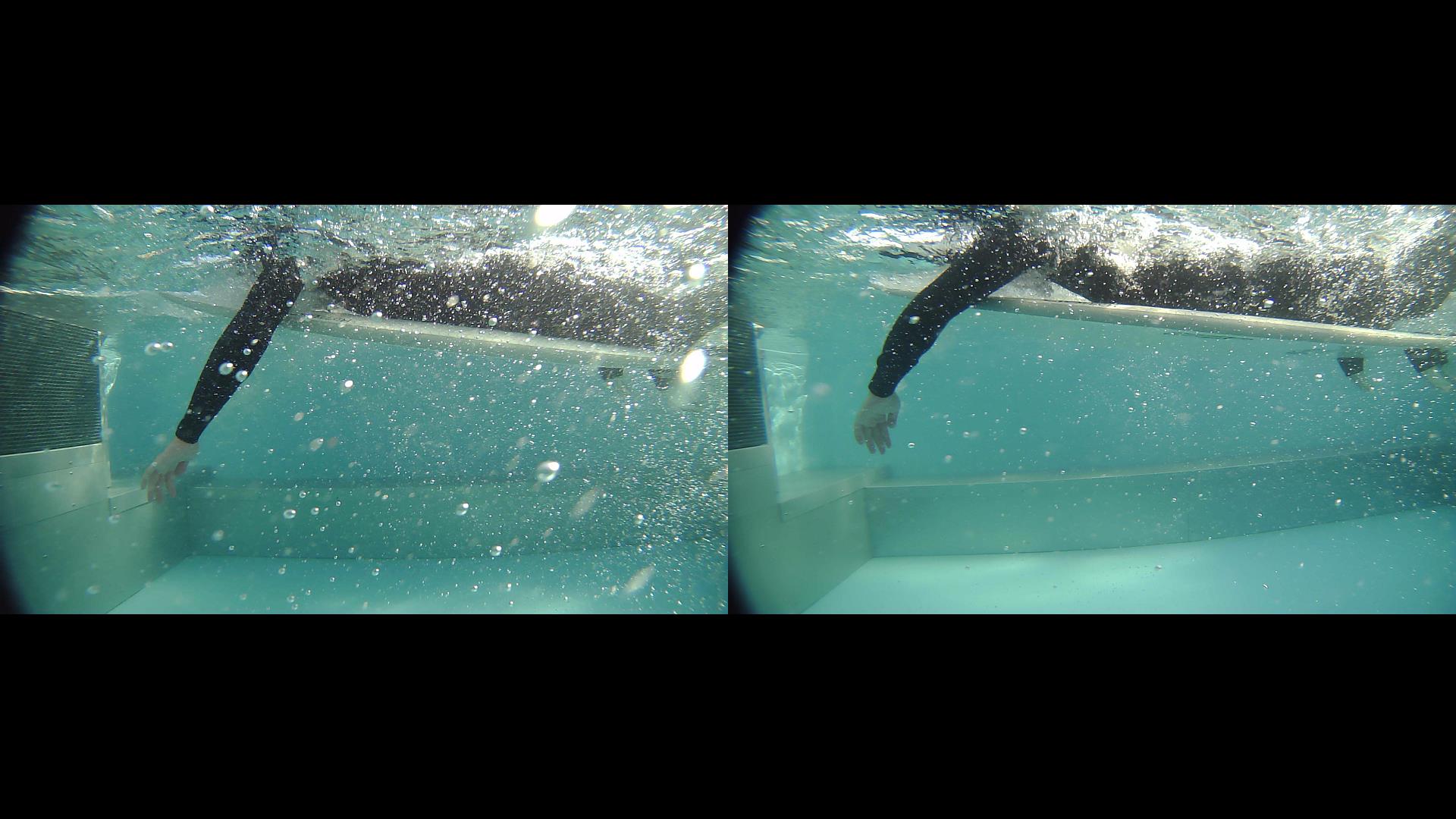 This goes the same for surf coaching.  Have a surf coach video you and assess what you’re doing wrong so that you’re not stuck at the proverbial brick wall.  At the very least, do it yourself.  Gone are the days of total ridicule for asking for help with surfing.  If you need a recommendation for a vetted surf coach, reach out.  I have several fantastic surf coach friends I can introduce you to that will take your surfing to the next level.

Save Years of frustration. 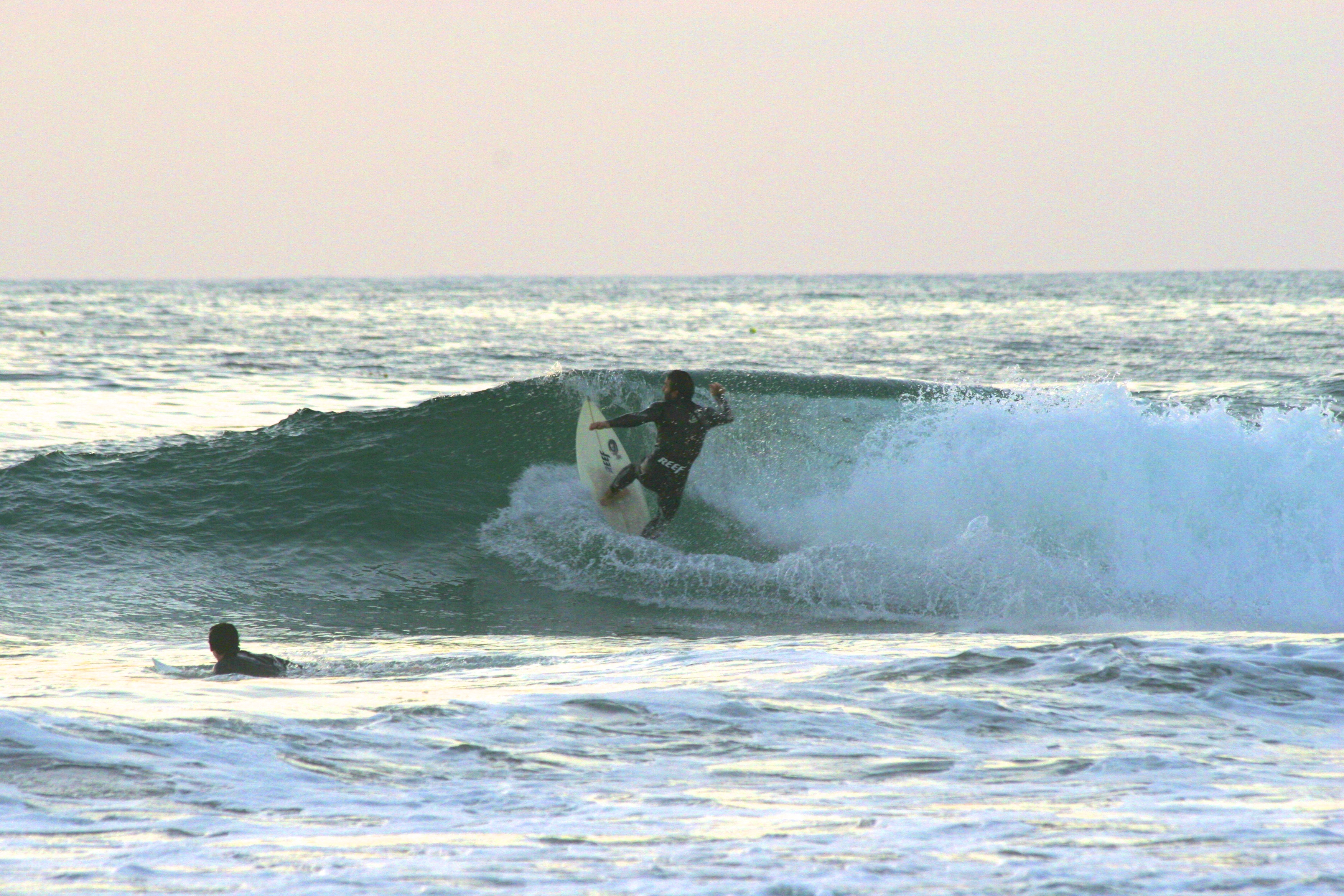 So again, 1st spend more time surfing.  How?  Learn to paddle more efficiently so that you take fewer, more powerful strokes AND surf consistent waves – don’t surf for time in the water, surf for waves ridden.

2nd Take video and analyze it, both for paddling, which takes up more than 85% of your active time in the water, and for surfing.  If you’re not sure how to analyze it, get help from a professional surf coach.

In the meantime, I’ll see you in the water!